News from Syria: When the flash flood comes after Christmas

In early January 2019, the relief supplies organised by Human Plus for the people of Syria finally reached the region around Aleppo an Idlib. The very much-needed goods such as sanitary articles, textiles, winter shoes in all sizes, bed linen, matrasses, blankets and kitchen utensils were distributed to the local population. Furthermore, the lovingly packed Christmas gifts of many volunteers and supporters filled with toys, sweets and writing materials, were given to the children in the local camps and schools. The distribution took several weeks due to the size of the area. It was organised and carried out by a Human Plus team on site. Words cannot explain people’s gratitude and relief. The current situation in the camps remains inhumane and every help is a very much needed sign of hope. A total of 47 tonnes of aid was distributed. 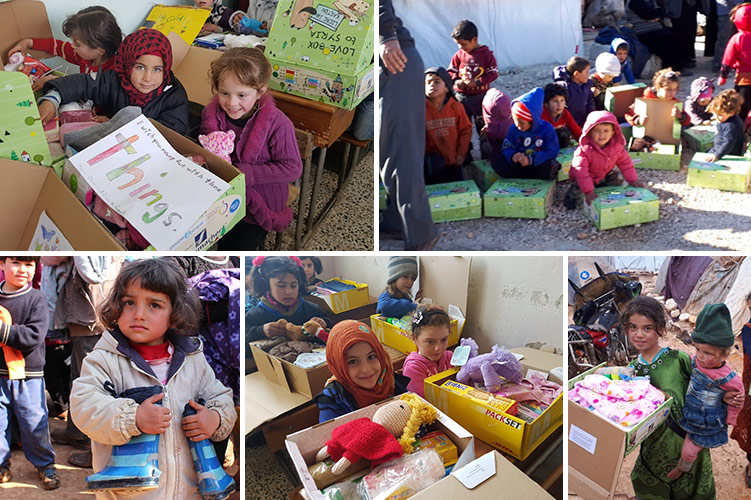 47 tons of relief supplies were distributed around Aleppo and Idlib. within the first four monthsof the year in the numerous refugee camps.

During the first weeks of April there has been unusual heavy rain across Syria. This led to torrential flooding of refugee camps. The Atma camp in north-western Syria has been hit the most. We obtained dramatic video footage of the locals: Heavy rain in Syria _ youtube.

But also, numerous other camps in the region of Idlib and Aleppo, along the roads and on the arable land, have been devastated by flooding and are now uninhabitable. In total, more than 15,000 people are affected, amongst them many children and women, thousands of tents have been destroyed and are no longer habitable. The situation is very serious, people are in urgent need of new tents as well as food, medicines, sanitary products, beds, textiles and shoes. Most of them have lost everything in the floodwaters. Many children, as well as adults, are weakened and sickened – without our help, they won’t make it.

Human Plus has already been able to reach some camps and to help the affected local people at least with shoes and textiles. Please support us with your donation so that we can continue our work on the ground. 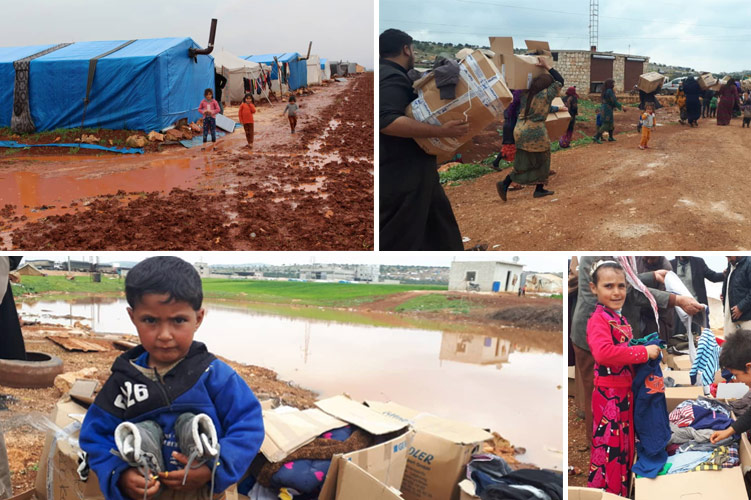 Above left: The conditions in the camps are catastrophic. Many tents are destroyed and the essentials are missing.
Below, top right: Human Plus was able to provide clothing in refugee camps in the regions around Idlib and Aleppo.Further relief goods are urgently needed!

Previous Post
Human Plus reinforces support to hospitals in Greece
Next Post
Human Plus: 60 tons of HIPP food were shared with infants and children
Menu