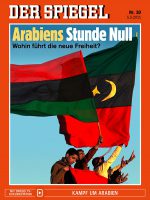 60,000 people were injured, and 10,000 paid for the revolution with their lives. We couldn’t even imagine the desperation of the civilians and the distress of countless children. 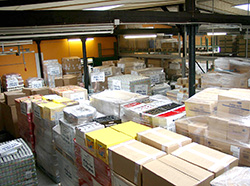 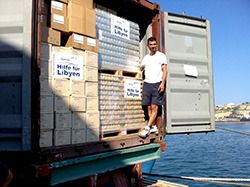 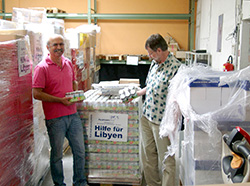 An unprecedented aid operation began with the friendly support of the “Libyan-German Chamber of Industry and Commerce” and “Ein Herz für Kinder”.

Human Plus was able to send the first 60 tonnes of aid supplies to Libya via Antwerp and Malta in May 2011. The donations in kind were intended for the people and hospitals in Benghazi, Misurata and Tripoli, where many of the injured, suffering broken and fractured bones, had to be treated. 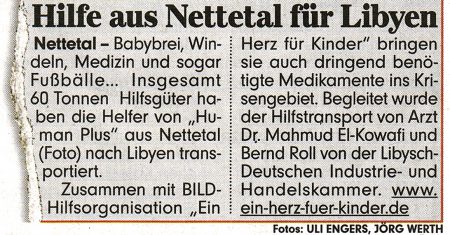 In October 2011, the German embassy assisted with the distribution of aid supplies on site for the first time – a huge logistical support for us in what was by then our fifth aid mission.
Following an attack by National Transitional Council troops on his hometown of Sirte on 20 October 2011, Muammar al-Gaddafi was captured and later died, most likely as a result of gunshot wounds.
Libya lay in ruins. It was not until 2013 that the elected National Congress replaced the Transitional Council with a new president.Human Plus takes stock: In the months prior, the people of Libya had been supported with almost 50 tonnes of aid supplies worth a total of 3.5 million Euros – 14 large maritime containers packed full of provisions and baby food, tents and blankets, clothing and shoes, bandages and medicine, as well as other urgently needed aid supplies.