The Greek population is still feeling the consequences of the financial crisis. When Greece was on the brink of bankruptcy in 2008, the health budget was more than halved.

Doctors leave the country, the reform in the hospitals is enormous. Co-payments to under-funded doctors are commonplace. Material and devices are missing or broken. The elderly and the needy are denied medication and treatment. The health system in Greece is facing collapse. That is why HUMAN Plus supports health centers throughout Greece and has been involved in humanitarian aid in Greece since its inception in 1998. 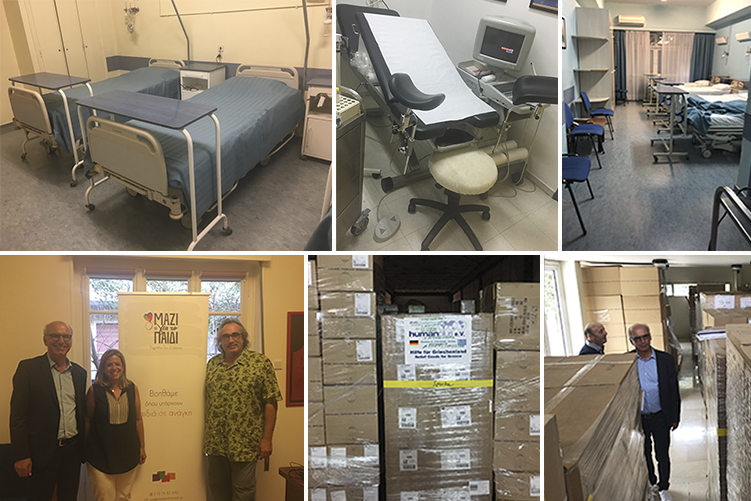 Savings in pension, health and education continue! From our headlines, however, the Eurozone crisis has disappeared. Only very few people are watching.

Greece became a focal point of Human Plus humanitarian aid during the financial crisis.

“From my own point of view, I recognized the need for material support and the serious problems of the hospital infrastructure in Greece and sent an agreement in end of July with the local authorities with the help of the following persons hospital equipment and medical supplies:

In 1999, Anestis Ioannidis helped the people affected by the devastating earthquake in Greece and supported more than 130 families of victims and thousands of homeless people. Since its inception in 1999, Human Plus has been committed to rebuilding and strengthening communities in countries around the world, including Eritrea, Georgia, Haiti, Japan, Lebanon, Libya, Namibia, Pakistan, Somalia, Sudan, Syria, Tajikistan, Tunisia and Turkey. The organization offers help to all people in need and without ideological evaluation.

“I have to help and I help,” notes Anestis Ioannidis, bringing his attitude to humanitarian aid to the point.

The following table briefly shows the supplies and equipment for each hospital. 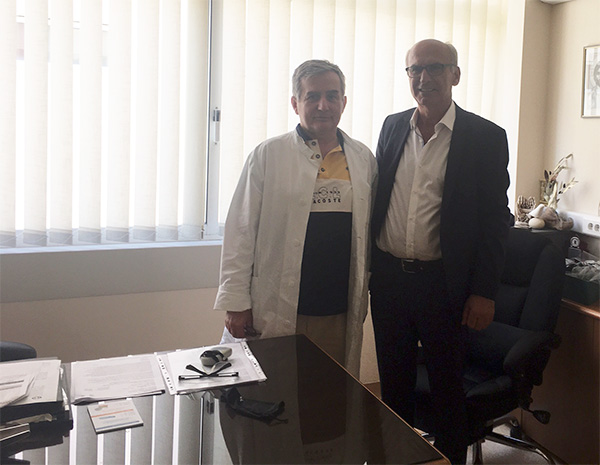 Anestis Ioannidis (right), president and CEO from Human Plus with Dr. Demosthenes Tsoutsos, head of plastic surgery and burn center in the hospital Gennimatas in Athen. He medicate most of the burn victims from the fire in Mati last year. For the treatment of the burn victims, special bandages of Human Plus were also provided this time.